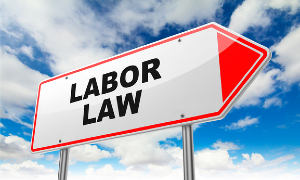 According to the United States Department of Labor, an employer is not permitted to retaliate by affecting an employee’s compensation, terms of employment, conditions of employment, or privileges of employment because the employee reports a violation. Furthermore, an employer is not permitted to fire or discharge an employee because the employee has reported a violation, plans to report a violation or is in the process of assisting the government with investigating a violation. However, air carriers, air carrier contractors, and air carrier subcontractors are also protected under the Wendell H. Ford Aviation and Investment Act for the 21st Century. If a worker makes a frivolous complaint under the act or if a bad faith complaint is made, the employer may have the right to collect attorney’s fees up to $1000. So, before a worker makes a complaint about a violation or seeks damages for retaliation, a worker may want to speak to the aviation whistleblower lawyer in Cleveland, Ohio at the Law Offices of F. Benjamin Riek, III. Our attorney can review your case and help you with the next steps.

How to File an Aviation Whistleblower Complaint

The U.S. Department of Labor provides specific information about how whistleblowers can protect their rights if they believe they have lost their jobs because they filed a whistleblower complaint. If you believe you have been retaliated against by your air carrier, air carrier contractor, or air carrier subcontractor employer, you may be able to file a complaint with the Secretary of Labor within 90 days of suffering retaliation by your employer. Before filing a complaint, employees should understand that frivolous or bad faith claims can bring consequences to the person filing the complaint. It is important to have proper documentation supporting why you believe you suffered retaliation after reporting a Federal Aviation Administration violation. The Law Offices of F. Benjamin Riek, III is an aviation whistleblower lawyer in Cleveland, Ohio who can review your case, review your situation, the circumstances of your firing, and determine what the next course of action should be.

If your termination is in retaliation, you may be able to file a complaint. However, sometimes air carriers might fire workers, or terminate workers for reasons unrelated to their complaint. Disentangling legitimate termination as a result of retaliatory actions can sometimes be complex. This is where the aviation whistleblower lawyer at the Law Offices of F. Benjamin Riek, III in Cleveland, Ohio may be able to help.

What is Workplace Retaliation?

Workplace retaliation can sometimes be tough to prove. If your workplace relationship changes after you report a violation, this, in itself, may not constitute retaliation. However, if you are fired, demoted, or if your compensation is changed shortly after you report a violation, you may have a case. However, you may not always have a case. For example, if your employer can show that everyone in your division is getting laid off or fired, or if your compensation is changing due to larger-scale organizational shifts in your company, your employer may be able to make a strong argument against retaliation. This is why having a strongly-supported case is important before filing a complaint. The Law Offices of F. Benjamin Riek, III in Cleveland, Ohio are Wendell H. Ford Aviation and Investment Act for the 21st Century whistleblower lawyers who may be able to assist you with understanding your rights, gathering evidence to support your case, and seeking damages for your losses.

Aviation laws are in place to protect the general public and to protect workers. When companies violate the law, workers have the right to report violations to protect the safety of everyone. Employees are sometimes on the front lines, witnessing dangerous violations as they take place. The Wendell H. Ford Aviation and Investment Act for the 21st Century is designed to protect workers who see violations and report them. Reporting a violation can take immense courage because you might feel like your job could be on the line. Fortunately, the law offers important protections to those who speak up. However, if you have a question about your rights, you may want to speak to the Law Offices of F. Benjamin Riek, III, for advice before using your aviation whistleblower's rights. Mr. Riek represents aviation whistleblowers throughout the United States.