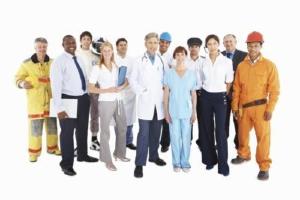 According to the Women’s Bureau of the U.S. Department of Labor, women, on average, receive only 79% of men’s earnings. Despite the fact that more women have earned college degrees in recent years and the fact that more women participate in the labor force than ever before, the pay gap continues to exist. This may be partly to do with the fact that women remain underrepresented in the highest paying fields, including chief executive roles and software developer roles. However, this alone doesn’t account for pay differences. When women work in the same fields as men, they sometimes face lower pay for equal work and duties. Women are also more likely to perform childrearing and caregiving duties, which means that they may not be promoted as often as men, or may end up in lower-ranking positions. While there are laws preventing gender discrimination, women continue to face many barriers in the workplace. For example, women may face sexual harassment or a hostile workplace that may require them to switch jobs that may impede their promotions and may result in lost wages. Women may also face discrimination if they become pregnant. They may face problems getting promoted and some women even get fired due to their pregnancy. While pregnancy-based firing tends to occur in minimum wage positions, women may not enjoy the same wage increases as their male counterparts and may struggle to find similarly-paying work after they give birth. Finally, women may face unconscious bias in the workplace. Even highly-respected employers, such as Google, have had to come to terms with gender bias: according to The Guardian, the Department of Labor accused Google of having an “extreme” gender pay gap.

Been the Victim of Sexism
in Your Workplace?
LEARN HOW i CAN HELP

If you believe your rights have been violated, either due to your pregnancy, due to sexual harassment in the workplace, or due to a lack of fair compensation in your company, you have important rights under the law. The Law Offices of F. Benjamin Riek III are gender discrimination lawyers in Akron, Ohio who work closely with victims to help them seek recovery and justice for their cases. You may be entitled to seek damages for your lost wages, lost promotions, or other compensation for your case.

How Can I Prove That I’m Being Paid Less Than Men in My Company?

Despite the fact that there are many laws on the books protecting women’s paychecks from discrimination, women continue to face disparities in how they are paid. Moreover, even if you do find out that you are not getting paid the same as your male co-workers, you may have a difficult time proving that this is the result of gender discrimination. However, these cases can, and have been, won. Individuals need a qualified discrimination lawyer like the Akron, Ohio Law Offices of F. Benjamin Riek III on their side. For instance, if you happen to know the salary of a male predecessor and your pay is lower, you may be entitled to seek damages for the back pay.

However, not all gender pay discrimination cases are so straightforwardly proven. Employers can prove that a pay difference is justified if another worker had greater seniority, had more “merit,” worked more hours, or if they can show that other factors, distinct from sex and gender, were involved. Some employers might try to claim that a male employer was a better negotiator, or that he had better training, things which can be difficult to dispute in court. Employees may also be discouraged or outright banned from discussing their pay through stipulations in their contracts or as a result of company culture, so it can be challenging for women to learn that they face a pay disparity.

Yet, women who are the subjects of gender discrimination in their pay have options. Document everything and report your findings to the EEOC. Additionally, you have the right to hire a discrimination attorney in Akron, Ohio, like the Law Offices of F. Benjamin Riek III. Fighting your employer for back pay can be a challenging process. However, you are protected from retaliation and have important legal rights under the law. 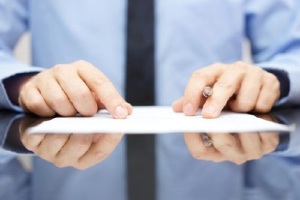 Not all workplaces are equally transparent about pay. It can be tough for women to know whether their workplace is engaging in discrimination. Women can empower themselves by doing research. Sites like Glassdoor offer a glimpse into different companies’ pay structures. Women can also take a look at workplace culture. Does your employer:

If you find yourself seeing these red flags, this may or may not be indicative of a problem. If you have concerns, you may have the right to seek compensation or damages under the law. A discrimination lawyer in Akron, Ohio like the Law Offices of F. Benjamin Riek III can fight to protect your rights and help you seek the justice you may deserve.