Representing Ohio Employees for Over 40 Years 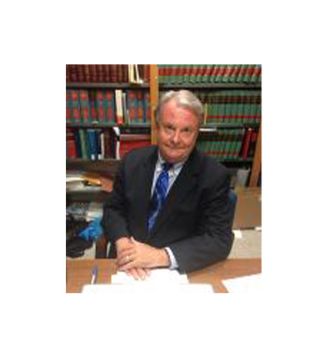 Throughout my 35 plus years of practice I have represented individuals in all aspects of employment law in order to protect their jobs and families from the arbitrary actions of management who often view their employees as disposable. I have been proud to represent victims of discrimination of all types and effectively prosecuted their claims in either federal or state court. More recently my firm has advocated for employee who have been harassed on the basis of their sex, age or race. We have discovered that simply because an employer may have a procedure for reporting such harassment does not mean that the employee is protected or that the claims are fully investigated.

The Law Offices of F. Benjamin Riek III has won significant victories for whistleblowers in both administrative and state court actions. We are proud to represent those few individuals who are willing to put aside the fears of retaliation and bring forth the illegal or dangerous actions of their employers -whether it is a pollution violation or misstating financial records. There are strong laws to protect employees in many areas who become aware of illegal activities at work. We are always willing to represent you before the proper agency or in court.

"Protecting your rights is my top priority. I won't give up when things get tough."

In recent years, I have seen a significant increase on the number of cases of retaliation from employers for either reporting discrimination or harassment or cooperating in the company’s investigation of the claim. The employees targeted for retaliation are not just those who were victimized but also the witnesses who saw and heard what happened and told the the truth, however inconvenient it might be to management. Don’t let the human resource department or a supervisor intimidate you!

It is surprising that even today many companies try to cheat their employees out of the proper earnings through a variety of illegal activities. Some of the more obvious are forcing their workers to work off the clock, either before or after their shift, failing to pay overtime for all hours worked in excess of 40 hours per week, or telling you that you are an independent contractor when you have no control over your work hours. All of these actions violate the Fair Labor Standards Act which has been enforced since the 1930’s. If you are classified as an independent contractor, not only does the company avoid withholding taxes, they also don’t pay their portion of social security and unemployment taxes that could affect you as you near retirement.

I have a broad and diverse background representing employees and am always willing to meet with you to discuss your situation.